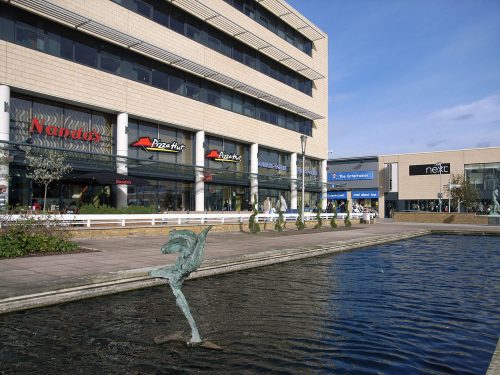 Harlow is a former Mark One New Town and local government district in the west of Essex, England. Situated on the border with Hertfordshire, it occupies a large area of land on the south bank of the upper Stort Valley, which has been made navigable through other towns and features a canal section near its watermill. Old Harlow is a village-size suburb founded by the early medieval age and most of its high street buildings are early Victorian and residential, mostly protected by one of the Conservation Areas in the district. In Old Harlow is a field named Harlowbury, a de-settled monastic area which has the remains of a chapel, a scheduled ancient monument.

The M11 motorway passes through the east of the district, entirely to the east of the town. Harlow has its own commercial. and leisure economy. It is also an outer part of the London commuter belt and employment centre of the M11 corridor which includes Cambridge and London Stansted to the north. At the time of the 2011 Census, Harlow’s population was recorded at 81,944 and its district had the third-highest proportion of social housing in England, 26.9%, a legacy of the 1947 commitment to re-house blitzed London families after World War II and provide a percentage of homes for other needy families who cannot afford market rents.